A pipe band is a musical ensemble consisting of pipers and drummers. The term used by military pipe bands, pipes and drums, is also common.

The most common form of pipe band, the Scottish/Irish pipe band, consists of a section of pipers playing the great highland bagpipe, a section of snare drummers (often referred to as ‘side drummers’), several tenor drummers and usually one, though occasionally two, bass drummers. The entire drum section is known collectively as the drum corps. The tenor drummers and bass drummer are referred to collectively as the ‘bass section’ or as the ‘midsection’. The band follows the direction of the pipe major; when on parade, the band may be led by a drum major, who directs the band with a mace. Standard instrumentation for a pipe band involves 6 to 25 pipers, 3 to 10 side drummers, 1 to 6 tenor drummers and 1 bass drummer. 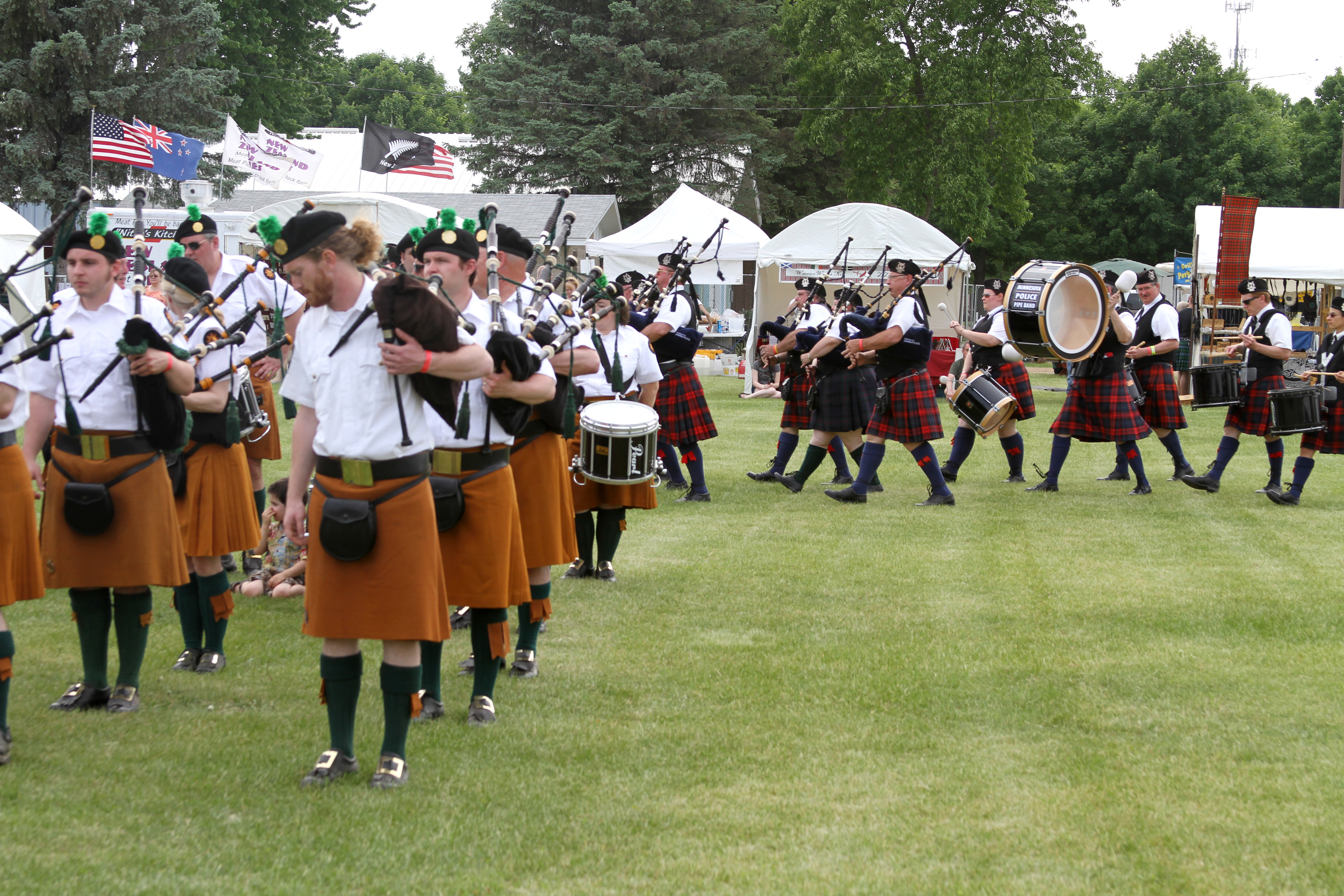 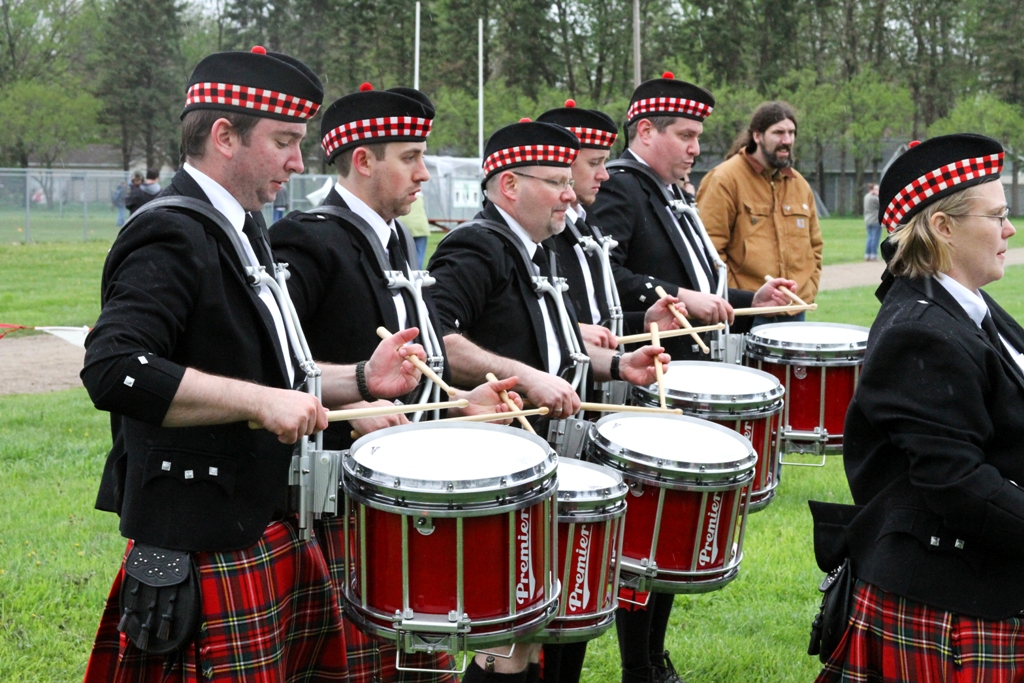